I was recently challenged to ask God to give me a surprise, something that would show me his care and love for me as his daughter.

I've been loathe to ask God for a surprise since last year, when I did, and I received two very unpleasant surprises within minutes; surprises with painful repercussions that lasted and continue to last.

So I debated about asking again, but decided this morning in prayer to abandon myself to the hands of a loving father who desires to give his daughter good things.

And I did get my surprise, almost immediately.  However, like the last time, it was unpleasant and painful. A company I worked for was going over last year's books and determined that they had overpaid me for a project by duplicating my invoice and so I need to write them a check and return the money immediately.


I don't think I'll be asking God for any more surprises anytime soon. My faith--and my finances--can't take the body shots.

Posted by Woodeene at 1:32 PM No comments:

Peeling the Onion of Life

I've been thinking and writing about the way we heal and the way God operates in our healing for several weeks now and one of the things that has come to mind is that healing is not only like a flower blossoming, it is also like an onion being peeled.  Layer after layer is removed, often accompanied by many tears.

Posted by Woodeene at 1:27 PM No comments:

I've said before that now and again I'm visited by the Envy Ogre, a huge and voracious beast who does his best to make sure that I feel like an utter failure in every area of my life, but particularly in my career because I have achieved neither fame nor wealth.

The EO (Envy Ogre) stomped in the door of my mind and told me that I was never going to be in that position and that I had utterly squandered and wasted any talent I might have had because if I hadn't wasted and squandered my talent I would be the one getting the largest offer ever for my book.

As I was cringing under his attack, I happened upon an article about why being "average" is good enough. In it, the author said:


A life of cumulative ‘average’ acts and successes doing what you love can culminate in an exceptional life.

Think of the backing singer who never makes it big time as a solo artist but spends their life doing something they love, travelling the world and meeting the ‘stars’.
Think of the web designer who creates websites for non-profits without ever getting major design credit but is indirectly responsible for helping process millions of dollars for charity.
Think of the writer who writes a column for the local paper which connects, entertains, directs and informs their local community but never wins a Pulitzer.
The next time you’re reading around the blogosphere lamenting why your blog doesn’t have several thousand subscribers, or you’re wondering how to fill your portfolio with the likes of Nike or Apple, or pondering why you haven’t managed to write a New York Times bestseller, remember this…
You don’t always have to be the best, the most high profile or the most well-connected freelancer to be a success; being average can be more than enough. It can even be exceptional.

You can read the rest of the article HERE.

Something for me...and the Envy Ogre...to think about on this chilly March day.

Posted by Woodeene at 4:36 PM No comments:

I had an interesting, I think that's the right word, thing happen to me on Facebook.
I was blocked and banned from someone's page.
What made it so interesting is how it happened. 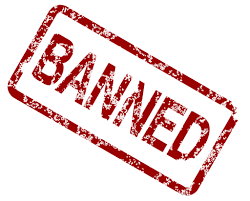 This person had written an intriguing book about his relationship with Jesus and where it had led him. In the course of the book, he said that he had a stroke and was completely healed through prayer.

Since I have known a few people who have been healed through prayer, I certainly don't discount it. My mother was in the hospital, with all of her systems shutting down, and the doctors told me that she was dying. She received the Last Rites and went on to live another 10 or so years. What was the miraculous part was that literally....and I mean literally....immediately after being anointed, her vital signs stabilized and everything restarted.  So I do believe in the healing power of prayer.

Back to the man and the stroke. Later on in the book, he said he had a second stroke and again was completely healed.  And again, I was ready to accept him at his word since I know that people often have a second stroke soon after a first on.

All of this took place about nine months to a year ago, I'm guessing, from the time frame in his book. Last week, he put up on his Facebook page that he had been completely healed from what he seemed to be saying was a third stroke. So, being a journalist by trade, I asked two questions: one, had he had any underlying medical conditions checked out and two, if this was the same incident as the double stroke or a new one.

His reply to me was that I was playing Devil's Advocate and wasn't willing to give God the glory, so he banned me. Without answering either question.

I tell this story because I've been reading and pondering a good deal about prayer and healing the past few weeks and in the accounts I've read, there is a tendency to make God holier and "gooder" than God is. I'm not saying that the people don't tell the truth about being healed.  It's more that they exaggerate their stories so that God appears to have done something really really extraordinary.

It's almost as if we want to be sure that people know that God is really really awesome, so we feel the need to "defend" him, make his actions better than they really are. I think it stems from the fact that we want to believe that God will part the Red Seas of our lives. 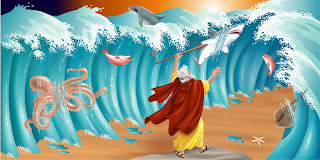 As I said, I do believe in the power of prayer to heal. It's just that most of the time, healing is a process that occurs in tandem with medical treatment. And when it happens that way, God doesn't seem quite as "holy," so people tend to embellish their stories, just a bit, to be sure that God gets sufficient glory.

As the Church's canonization process shows, true miracles can withstand any amount of Devil's Advocacy. In the end, a rigorously examined miracle actually gives more glory to God than anything we can say or do.

As for the man with the strokes, thanks be to God for his healing. And to God be the glory.

Posted by Woodeene at 3:32 PM No comments:

Sunday Gratitude and Prayer Requests for a Failed Lent

Prayer Requests
Since I seemed to have failed in my first Lenten attempts, I have decided that for the remainder of Lent, if you leave a prayer request in the comments, I will be sure to pray for you and your request when I go to Adoration.  (And in between, too!) Leave them anonymously if you want...I'll still pray. 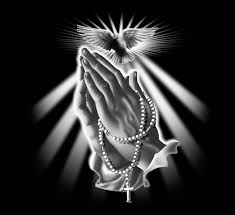 This Sunday, the first of the month, I am grateful for:

1. Being witness to a truly historical moment--the first resignation of a pope in 600 years. 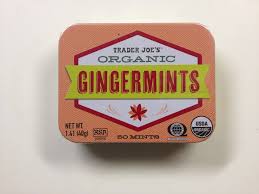 3. Work for next week...when you freelance, it's always great to have work
4. Fast wifi.  I sometimes wonder what we did without the Internet and without wifi.
5. A balanced checkbook. I consider it quite wonderful when the bank and I agree.