The Winter of My Discontent

"Now is the winter of our discontent /
Made glorious summer by this sun of York."

When I was little, I had this perpetual calendar, a sort of circular thing with the months on it. December, January and February were winter. In my mind, the year is still divided that way and tonight, as I get ready for bed, I realized that tomorrow begins a whole new season!!  March/April/May are spring according to my internal calendar from childhood. (Never mind that November through June are essentially grey winter here in Oregon.  I'm not going to think about that!)

Since tomorrow is March 1, I am hoping and praying that there will be a lightening of the burdens that have plagued all of the winter of my discontent.  It's been a very very long winter and I'm quite ready for the summer, not by the sun of York, but by the Son of Man, to come.

I owe everyone who has lost a loved one an apology.

I never realized just how exhausting and painful griefwalking is.  I bought into the cultural norms that say that a month after a death should be plenty to move on with life.

It's just the beginning.

Oh sure, the acute stage is over and I can go a day without crying (usually), but the sense of loneliness, of abandonment, the weight in the pit of the stomach, the fear that wells up in the middle of the night...these things are still very much present.

I didn't know.  And because I didn't know, I wasn't as fully present, as sympathetic, as empathetic to those who were grieving as I could have been.


I'm sorry.  Please forgive me.  I now know better.
Posted by Woodeene at 5:29 PM No comments:

Betrayal: the Monkshood of Life

Mother died a month ago today but this isn't about missing her. It's about another kind of loss.

I received word today that I had been betrayed by someone I considered a good friend and trusted companion.  This betrayal that has shaken me to the very core and has catapulted me into a whole new cycle of grief.

What makes betrayal so painful is that it requires a high level of caring, intimacy and vulnerability. When the dagger is inserted, the pain comes not just from the wound but from seeing who wields the weapon.  I suspect that's why Caesar's last words were, "Et tu, Brute?"  The pain of betrayal was more agonizing than the mortal blows. 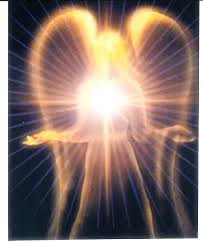 As I think about the betrayal in my life--and it is a betrayal that involves more than just me and my feelings; it will end up in both civil and criminal courts on a federal level--I am struck by the passage in Scripture that says evil can appear as a angel of light. It reminds me monkshood, a lovely flower that is so deadly that it contaminates the very soil it grows in, rendering the earth itself poisonous. It's so toxic that you dare not weed around it without wearing gloves and even then, when taking off the gloves, you can be in mortal danger. Yet, the flowers are almost incomparable in their beauty.


Betrayal is the monkshood of life.

Couldn't have said it better

Grief is an automatic process in which a period of denial helps buy time to process the loss. Although we tend to believe grief passes through consecutive stages, it doesn't. Emotions come and go in no particular right order. We respond with numbness, shock, denial, intense sorrow, pain, anger, confusion, loneliness, emptiness, depression, guilt, fear, abandonment, isolation, physical symptoms, irritability, fantasy, restlessness, disorganization and even moments of hopelessness.
Grief taxes the immune system, making the body more susceptible to illness. Physical symptoms can include headaches, fatigue, appetite loss, dizziness, heart palpitations, numbness and insomnia. The overall feeling is one of exhaustion caused by the intensity of emotions.--Dr. Linda Mintle
Posted by Woodeene at 10:48 PM No comments: