The hospice coordinator who was there for me when my mother died and who has graciously checked on me during my year of griefwalking sent a message that the chapel at the Catholic hospital was going to have a labyrinth walk. She thought I might find it interesting or helpful.

Now I know that a lot of Christians assume a labyrinth is a new age, pagan, woo-woo ritual that is designed for goddess worship or some such thing, but this is a model of the labyrinth of Chartres, which has been the floor of a Catholic cathedral for a thousand years.  So it's hardly new or pagan. 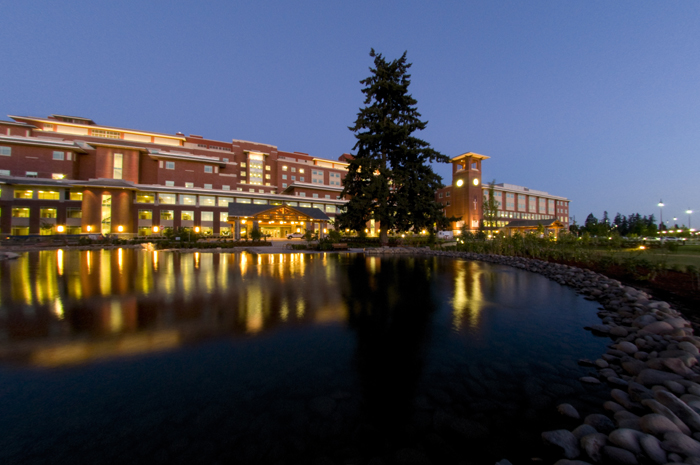 The chapel at Sacred Heart at Riverbend is stunning. A true tour de force of modern spiritual architecture. Once you cross its threshold, you are immediately aware that you are in a place set apart, a sacred space.

I entered and looked at the green and white labyrinth filling almost the entire room. The altar had been removed, but the missals and prayer cards remained on a table at the back. As I slipped off my shoes, I noticed that there was the Novena to St. Jude prominently displayed. I smiled a bit, thinking how much I owed to Jude in the restoration of a relationship. I paused and read the prayer to myself, giving thanks that Jude had interceded.

I then began the walk. I stood at the beginning, looking at the twists and turns and thinking, "This is what my life has been like. I know where I want to be, where I want to go, where the center of Being lies, but I don't know how to get there." I took a step on the path and felt a weight descend on my shoulders, the weight I've been carrying for a long time.

The first steps took me tantalizingly close to the center. I could take a single sidewise step and be at the heart, but that's not how it works in a labyrinth and that's not how it works in life.  I paused, wishing that it were so, but knew it was not.  I longed to be at the end, to have the prayers answered, to be finished with this part of life's journey.  And then the next turn took me away and each subsequent turn led me farther and further from the place I longed to me.  At one point, tracing the rim of the labyrinth I realized I had no idea how far I had come or how close to the end I might be.  I didn't know if I was near the beginning, at the middle or close to the end.  It seemed like I had walked a great distance, but was it really? I blinked as tears dropped off my lashes. This symbolic walk was a microcosm of all that I had been feeling. The not knowing; the distance; the journey.

There was nothing to be done but to keep moving along the path, one step at a time.  I could hear the fabric of my jeans rustle on the ground because, without my heels, they were too long. Someone else had entered the walk and I didn't want to disturb them, so I pulled up my cuffs.  I chuckled to myself, thinking, "Yes, it's about now that I have to 'pull up my pants' and keep on going."

I looked ahead and felt a surge of encouragement. The end seemed very close! I picked up the pace a bit and then, suddenly, there was another twist and once again I was on the rim and the center was too far away to see clearly. The waves of discouragement and sadness that I have been feeling on my real life walk rose up on this symbolic journey and I brushed away more tears. "How long, O God? How long?"

With a deep breath, I started again, following the twists and turns. I no longer looked toward the center although I knew it had to be there, just as I know with faith that prayers will be answered. But sometimes it's just too hard to look for the end...or the answer.

Then, suddenly, unexpectedly, I made one last turn and there, directly before me, was the heart of the journey. A few brisk steps and I was in the candle-surrounded center. A minute before I had no idea I was so close. But I was.


I entered the center, opening my heart and soul to the healing I had been praying for. I stood there, arms raised, listening to the soft strains of classical music that I hadn't noticed before, until I felt a sense of release. I turned to retrace my steps, to follow the labyrinth trail back out, but I was impressed to walk straight out.  No going back over the path, no rewalking the trail, no remembering the turns, but simply to stride straight out.

I did so, and then stopped again at the entrance. Turning around, I looked back at the candle-lit center and felt nudged to walk back in. "It doesn't have to be a long journey anymore," I heard in my soul. "Just walk in whenever you need to." I took the five or six long strides that were needed to return to the center and again stood for a moment, arms aloft, before exiting.

As I went to put on my shoes and get ready to leave the chapel, I picked up the missal and and opened to today's psalm (37).


Commit to the LORD your way;
trust in him, and he will act.
He will make justice dawn for you like the light;
bright as the noonday shall be your vindication.

Walking the labyrinth requires trust...trust that there is point and a purpose and it's not just a maze, designed to confuse, but has a destination.  I prayed the psalm and took one last look at the labyrinth as the chapel doors shut behind me. 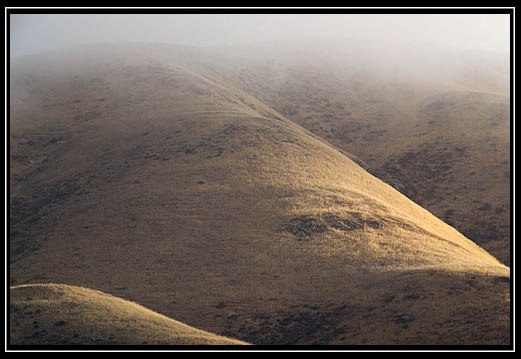 The kind of steel sky that fails to distinguish between heaven and earth surrounded me as I drove out of the parking lot. As I turned onto the main street I noticed that there was a patch of brilliant sunshine illuminating a nearby hill.  It was as if he heavens had sent a floodlight on that little patch of hillside. It was, quite literally, "bright as the noonday." Everything on the hill glowed; it was an island of pure light in the midst of the grey day. I stared for as long as I could before the cars behind me got impatient. I watched it disappear in my rear view mirror and I took it as a sign that my prayer for healing, for restoration, for new life is being answered.

Deo gratias.
Posted by Woodeene at 8:00 AM 2 comments:

A Prayer for a New Beginning

In out-of-the-way places of the heart,
Where your thoughts never think to wander,
This beginning has been quietly forming,
Waiting until you were ready to emerge.

For a long time it has watched your desire,
Feeling the emptiness growing inside you,
Noticing how you will have willed yourself on,
Still unable to leave what you had outgrown…

Though your destination is not yet clear
You can trust the promise of this opening;
Unfurl yourself into the grace of beginning
That is at one with your soul’s desire.
---John O”Donohue
Posted by Woodeene at 1:38 PM No comments:

A Woman of Few Words...Sometimes

I am in awe of people who can blog thousands of seemingly effortless words each day, rain or shine, happy or sad, good or bad. I can't do that.

I generally write tight.  500 words and I think I've said everything that needs to be said on a topic. At least everything that I can say on the subject. And when I'm going through inner turmoil, the words are even more sparse. I go into a sort of "radio silence," hunkering down in my own mind as I try to deal and process with whatever is going on.

The last week or so has been one of the hunkered weeks for me. The first anniversary of my mother's death has passed and a new year, a new life has begun. But despite my cheery, self-pep-talks, my emotions haven't quite caught up with my intellectual realizations.

And so I retreat into the silence, fighting with some old familiar demons, and hoping, trusting, that I breathe and pray my way into peace...even if it is just for today.
Posted by Woodeene at 11:18 AM No comments:

It's been a long week, with remembrances and memories.  So I am grateful that a new week begins.  But for the official count...

1.  That the year of purposeful griefwalking has come to an end. For with an ending comes a beginning.

Yesterday I went back to the place where mother lived and died. It had been completely remodeled and nothing was the same.  The door to the room she lived in was open and I peeked it. There was a hospital bed and an elderly woman in it, but it, too, had been remodeled so it didn't look the same.  I was able to walk through the living area, dining area etc. and see that it was all different.  Time had moved on and her death there was no longer even a memory.

Then I stopped by the church and randomly opened a bible that was in the pew.  This was the passage that appeared.  It seemed rather fortuitous.

The souls of the righteous are in the hand of God,

and no torment shall touch them.
They seemed, in the view of the foolish, to be dead;
and their passing away was thought an affliction
and their going forth from us, utter destruction.
But they are in peace.

2. A brightly burning candle. I don't know why I don't light candles more often.  I have many but I seem to be saving them for some unknown reason.  But not tonight.

3.  A gift of home-made liqueur from a friend.

5. For a wonderful friend who walked alongside me on the actual anniversary of mother's death. She may never know how much she is loved.

Posted by Woodeene at 8:42 PM No comments: