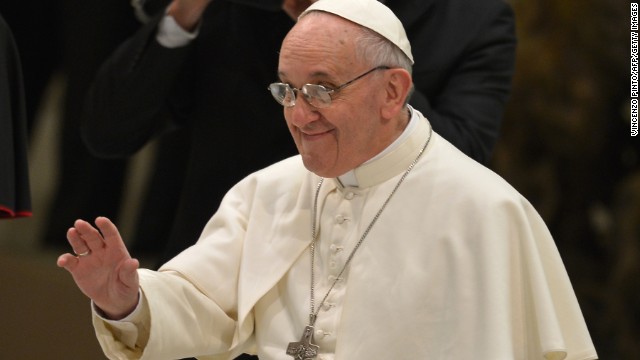 This is mostly for my non-Catholic friends, who have asked me questions about what all has happened in the Catholic church in the past few days. I'm not a papal expert, but I will try to explain what I can.

The election of Pope Francis is remarkable for many reasons, which have been talked about extensively in the press. Some of them are simply historical firsts--such as being the first pope from the Americas--the import of which only history will be able to evaluate.

But other aspects of this election have more immediate meaning even for the average Catholic in a parish and I'll try to explain a few (if I can.)


The first is that we Catholics haven't had a pope resign for 600 years. It had been thought that popes were like parents...in until death. Pope John Paul II, whose health declined to the point of near morbidity in the final years of his pontificate, was held up as an example of that dedication.

However, his successor, Pope Benedict XVI took a different tact and shocked everything except maybe his brother and his cat by resigning. Thus the election of Pope Francis had a different tone from the very beginning since the Church wasn't in mourning.  People were sad to have Benedict step down, but death did not hang over the proceedings.  Therefore, the election of a new pope was marked almost exclusively by excitement and anticipation.

Mixed with a soupcon of fear.

One small indication of how this is evident lies in a bit of Catholic trivia. The pope wears red leather shoes, sometimes from famous shoe designers. When a man is elected, he is taken into a room called the Room of Tears (because, undoubtedly some have cried at their new responsibilities) where he is fitted into one of three sets of papal robes--small, medium and large--depending on the "substance" of the new pope. He is also presented with several sizes of red shoes.  Pope Francis declined to wear the whole papal regalia, choosing the most simple part of the outfit--a rather plain white robe without a fancy cape or trimmings. More striking, however, is that he didn't wear the ruby red slippers and as I write this, on the third day of his pontificate, he is still wearing the plain black shoes he wore from Argentina. It will be interesting to see what he wears when he is installed.  So check out his shoes for another clue of how he will treat papal protocol.

Much has been made about the choice of the name Francis. It had been thought that no pope would take the name Peter or Francis because no one would be bold enough to claim kinship with either The Rock of the Lord or the great saint from Assisi who even today is beloved by Catholics and non-Catholics around the world.  But Pope Francis shook and shocked Catholic circles by identifying himself with Francis.

The name is particularly significant because St. Francis is traditionally thought of both for his simplicity and love of nature and for his reform of the Church in a time of corruption. By choosing that name, Pope Francis sent a strong message to Catholics that he will be paying close attention to how the Church deals with the poor and with corruption. It is as if he said by the choice of his name that it won't be business as usual anymore.

Incidentally, the pope chooses a new name to indicate that he is leaving behind his old life and beginning a new one of universal service to the Church. The first popes, such as Peter and Clement, kept their own birth names. The idea of name change came when an early pope's birth name was Mercury and it was thought rather unbecoming to have a Christian leader bear the name of a Roman god. The practice stuck and we've had name-shifting ever since.

Finally, most Catholics are a bit startled by how unassuming Pope Francis is. We've been used to the Rock Star that was Pope John Paul II in his prime and the rather elegant and high-churchy Benedict, so to have a Pope who pays his own hotel bill, travels with his fellow Cardinals in a shuttle bus after his election and stops to pet a golden lab after a press conference with journalists is novel for us.

I can't speak for the whole of Catholics, but as for me, I am encouraged and deeply hopeful that Pope Francis will not just tell us what to believe, but show us how to live.

May God guide and protect our new pastor from Argentina.

He seems to be genuinely engaged with each person he meets. I've never felt a great desire to meet any pope in person, but I would like to meet Pope Francis.

Worth a Thousand Words

Pope Francis riding with the "guys" on the bus back to the hotel after his election instead of taking the papal limo.
I am already incredibly impressed with him. Didn't even take the front seat! 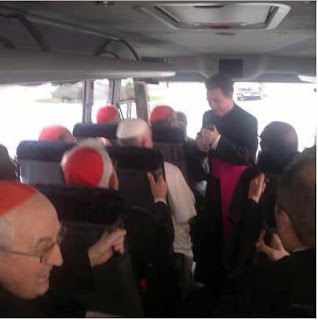 Posted by Woodeene at 1:58 PM No comments:

A New Spirit, A New Baptism

From the Most Rev. Greg Venables, former Anglican primate from Argentina:

Many are asking me what Jorge Bergoglio is really like. He is much more of a Christian, Christ centered and Spirit filled, than a mere churchman. He believes the Bible as it is written. I have been with him on many occasions and he always makes me sit next to him and invariably makes me take part and often do what he as Cardinal should have done. He is consistently humble and wise, outstandingly gifted yet a common man. He is no fool and speaks out very quietly yet clearly when necessary. He called me to have breakfast with him one morning and told me very clearly that the Ordinariate was quite unnecessary and that the church needs us as Anglicans. I consider this to be an inspired appointment not because he is a close and personal friend but because of who he is In Christ. Pray for him.

Posted by Woodeene at 3:48 PM No comments: 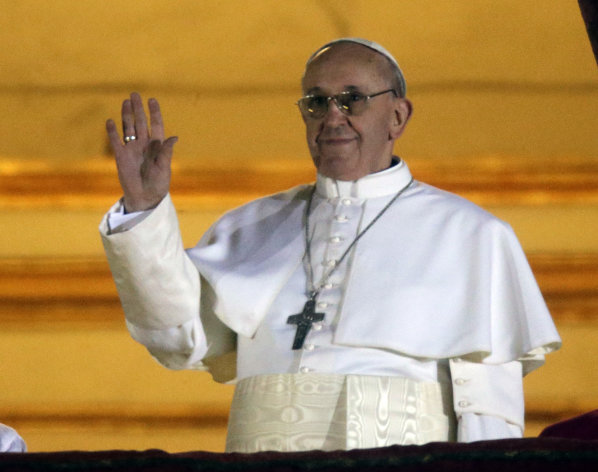 "We need to avoid the spiritual sickness of a Church that is wrapped up in its own world: when a Church becomes like this, it grows sick. It is true that going out onto the street implies the risk of accidents happening, as they would to any ordinary man or woman. But is the Church stays wrapped up in itself, it will age. And if I had to choose between a wounded Church that goes out onto the streets and a sick withdrawn Church, I would definitely choose the first one.”

"Our certainties can become a wall, a jail that imprisons the Holy Spirit. Those who isolate their conscience from the path of the people of God don’t know the joy of the Holy Spirit that sustains hope. That is the risk run by the isolated conscience. Of those who from the closed world of their Tarsis complain about everything or, feeling their identity threatened, launch themselves into battles only in the end to be still more self-concerned and self-referential."

Posted by Woodeene at 3:27 PM No comments: