Anxiety and panic are inside jobs.

That's one reason why it's so hard for someone who hasn't experienced them to understand what they are like.

In the past few days, I've had the opportunity to try to explain what they feel like to friends and family who have loved ones who suffer from anxiety and panic. If there is any good that can come out of my experience, perhaps being able to share the "inside" information is it.

Imagine sitting in your favorite chair, with your favorite beverage at hand. (Island Coconut Coffee with real cream.) The sun is splashed across the floor and the cat is basking in the warmth. You aren't awaiting a medical diagnosis.  No debt collectors are banging at the door.  You aren't facing foreclosure or starvation. No one is dying right this second.  All in all, things are pretty okay.  If anyone were to look at you, you'd look downright peaceful and content.

Inside it's a different story.

Let's start with the heart. It's probably racing, as fast as if you had just run around the block. It might even feel like it's skipping a beat now and then. But that's nothing compared to the stomach. It's in literal knots, twisting and churning, with surges of nausea. It feels like coming down with the flu. Only you aren't.  Then the breath. You feel like you are suffocating, like nothing short of great gasping gulps will bring in enough oxygen. Yet you know if you give in, you'll hyperventilate and feel even worse than you do right now, so you try to breath as slowly and steadily as you can...all the while feeling like you are suffocating.

That's just the tip of the physical feelings. You might add feeling faint, dizzy, shaky, trembling, too restless for words--or conversely, absolutely frozen in place unable to move. All the while, sitting in your favorite chair, watching the cat stretch in the sunshine, looking peaceful and calm.

Mentally it's even worse.There is a sensation of impending disaster and complete doom. You might have enough money in the bank to pay your bills this week, but your mind looks ahead to next Christmas and goes hysterical about how you are going to pay to travel to be with the family if they invite you again. Not to mention how you are going to pay the taxes next April. If you can slow down those thoughts, others catapult in. What if your mammogram, which is scheduled in six months, comes back with a problem like it did a year ago even though it turned out to be fine and you didn't have cancer? What if, when you decide you want to sell your house, you have to repaint it all and how will you find a reliable painter who won't overcharge? And what if the jar of jam that is in the refrigerator has gone bad and you'll get food poisoning because you had it on your toast this morning? And what if you are out of work next year? How will you pay your bills? And how will you pay the taxes in April!!!! Especially if the family wants you to visit at Christmas.

Inside, it's as if your body and mind have become a blender of terror, the physical contributing to the mental and the mental to the physical, all shredded and whirled into fear soup.

Well-intended family and friends try to reason with you...if you risk enough to share what's going on...by telling you that Christmas is more than nine months away and it's not even tax day this year, much less next year, and you aren't planning on selling anytime soon and jam has too much sugar to go bad and no one knows for sure if they will have a job next year.

It doesn't help. You know these things intellectually and if logic were enough to banish anxiety and panic, no one would suffer from them.

Sometimes people who are frustrated because anxiety and panic don't make logical sense and tell you to just get over it. If it were that easy, you'd do it because you would like nothing more than to be freed from these mental and physical sensations.

Others suggest that you take medications and even if you are taking what your doctor has prescribed, you know that the only way to be totally free of the feelings is to be drugged into oblivion and you can't or won't live that way. Not to mention that the mind is the most powerful force on earth and a panic-striken mind can override all but the strongest of drugs.

There probably are some moments when the panic lifts. Maybe it's first thing in the morning, when you wake and think, "Oh, it's gone for good!" Or perhaps it's at night, when you fall into bed, praying that when you wake it won't be brooding on your pillow waiting for consciousness to break through. In those times, when the physical and mental torture wanes, you hope that perhaps today will mark the end or at least the beginning of the end. When it doesn't, the disappointment is almost too much to bear. You understand why some people think that suicide is the only way to be released from the unrelenting grasp of fear and panic because you don't know if you can stand to be disappointed one more time.

But you take a deep breath, sip your coffee, watch the cats and say a prayer that you make it through this minute because that's the only way you can manage. One prayer, one minute at a time. Because anxiety and panic are inside jobs.

Posted by Woodeene at 4:53 PM No comments:

Email ThisBlogThis!Share to TwitterShare to FacebookShare to Pinterest
Labels: anxiety, panic, panic attack, what it feels like with anxiety

My heart warmed when I read that one of Pope Francis' favorite devotions is to Mary, Undoer of Knots. It's my favorite Marian devotion.

I wrote about it here.

On this Monday/Sunday I am grateful for: 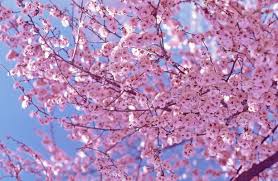 Having the taxes done before April 15 Chocolate (See getting taxes done above) 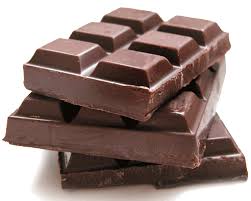 Hope. The thing with feathers, as the great Emily says. (I can't find the source for this picture, but to whomever created it, thanks.)

Posted by Woodeene at 5:03 PM No comments:

Hunkering Down and the Siren of Suicide Revisited

I've said before that when I go on radio silence, both here and in my "real" life, it's because I'm battling demons.  So it is with the past weeks that I've been away, hunkered down, steeling myself against the anxiety that wraps its tendrils around my soul, choking out the smallest shoots of joy that try to emerge.

Things had gotten better for me, but then I heard about the suicide of Rick Warren's son. Rick is the author of The Purpose-Driven Life and the pastor Saddleback Community Church in California.

I understand all too well about the siren of suicide.

Days before my mother's death, I wrote about her and her temptations.


That's when the siren of suicide sits on the rock and bats her beguiling eyes: "Come see me," she whispers.  "I have a solution.  A real solution. No more struggling with finances.  No more waiting at hospice bedsides.  No more trying to figure out how to get through one more day.  Just come see me and I will take care of it all for you." (Click here for rest of post.)

Several bloggers have written about Matt Warren and mental illness, none better than Thomas McDonald of God and the Machine. He articulates the experience of the "clammy parasite that attaches to your soul and sucks out your life day by agonizing day, until annihilation appears to be the only relief" as only one who has been inside the pain can.

While the siren of suicide has visited me, the one thing that has kept me able to function, albeit sometimes in hunker-down mode, has been the line from this Sunday's Gospel:

A large number of people from the towns
in the vicinity of Jerusalem also gathered,
bringing the sick and those disturbed by unclean spirits,
and they were all cured.--Acts 5

I know from what his father said that Matt Warren had been prayed for and probably prayed himself for healing and it didn't happen. He remained caught in the claws of his depression until he no longer believed he could stand it.

And yet, I keep coming back to that verse:  "they were all cured."  Not some, but all.

And so, on this spring day, as the squirrel runs along the limbs of my cherry tree, causing the blossoms to fall like pink-tinged snow, I say the words of the father in Mark 9: Immediately the boy’s father exclaimed, “I do believe; help me overcome my unbelief!”

I don't know when, but I believe that my prayers that the demon of anxiety that has haunted me since my mother was placed on hospice nearly two years ago will be banished. Perhaps it may even be today.

Posted by Woodeene at 1:10 PM No comments: