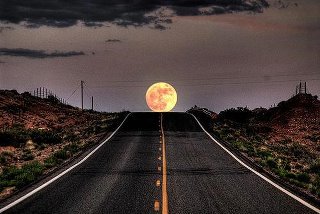 On this, the one year anniversary of my mother's death it rather feels like I'm coming to the end of a long journey.

In my heart it's about 10:30 at night, and, after having driven all day, in the near distance I can see the lights of my home town on the horizon.

Home is close, but I'm not there yet and once I get there, there will be unpacking and laundry and kitty litter boxes to clean, but right now all I want to do is get home and get into my own bed and sleep for a long long time.

Because the journey is almost over.
Posted by Woodeene at 8:42 PM 1 comment:

I woke up this morning feeling anxious. No, that's a understatement. I felt like someone had plugged an IV with caffeine into my veins while I was sleeping...and then put a black mamba on the pillow next to me. My heart was racing, my breathing was shallow and my mind was swirling. At first I wasn't exactly sure what was going on since there clearly were no IV lines and no snakes on pillows. (At least none that I could see!)


Then I understood. My body, spurred on by my subconscious, was reminding me that today was the one year anniversary of my mother's death. Now it's not actually the date, which is the 26th, but I've never been one to remember dates, but rather days. For instance, my father died sometime in May, but it was the Feast of the Ascension, and so every year when the Ascension comes around, regardless of the calendar date, I remember his death.

So it is with today. My mother died on the fourth Thursday of January and that happens to be today. Even though I was anticipating the anniversary date on  Saturday, my inner being had a different idea and concluded that today was the day to be remembered.

Over the past year, I've both experienced and observed my griefwalk. I had never expected, nor had any of the people who know me well, that I would have been so profoundly effected by my mother's death. I had truly believed that I had come to terms with most things and had made peace with the past.

Apparently that was not the case, because I have struggled with depression, anxiety and downright fear every day since her death. Every day has been a battle against the dark, a fight to see the light, a barring of the gate against the onslaught of the negative. Some days I've succeeded; other days it has felt like the war is nearly lost.

The irony is that in this year I completed a book on how the saints dealt with adversity. I wrote encouraging words I frequently didn't feel...or even completely believe. I talked about God's grace and goodness and love, even though I didn't feel that grace or goodness or love. I affirmed faith, when I doubted; trust when I had none; and hope when all felt lost.

If I had been writing honestly, I'd probably have talked about despair, loneliness, fear, emptiness, abandonment and pain . But I know that people don't want to hear about the negative and I know, too,  that dwelling on the negative only brings about more negative. Job said that when he cried out, "That which I feared is upon me!"

So I've tried, not always successfully, to keep looking for evidence of God's loving care, even when I didn't feel it all. Deep in the back of my mind, I kept reminding myself that all the grief counselors and grief books say that it often (usually) takes a full year before the griefwalker is able to recover the self. It takes that long to pass through the cycle of seasons with their own poignant remembrances and to commemorate what Longfellow called the "secret anniversaries of the heart."


The holiest of all holidays are those
Kept by ourselves in silence and apart;
The secret anniversaries of the heart
When the full river of feeling overflows;


Those are now behind me (almost...there is still the actual date of her death and the date of her funeral in the next few days). With each "secret anniversary" I have mourned, not just the loss of my mother, but all the other losses and yes, sins, of my life. I've asked for forgiveness and while I know I am forgiven, I know, too, that the temporal punishment for sin, as I learned a child isn't erased by forgiveness. That "temporal punishment" is most often the consequences I have to live with, sometimes forever, for having acted out of selfishness and pride; consequences that created pain for others and placed my own life, security and future in jeopardy.

I'm not sure that God removes those punishment this side of Purgatory, but I hope and pray it is possible, for I have worn the sackcloth of pain and I have covered my head with the ashes of despair. I am ready for a new year, a year of the abundant life Jesus said he came to give.

I'm ready for the second half of Longfellow's poem, the part we rarely read or hear: 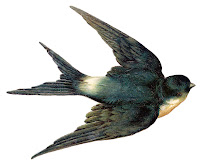 Posted by Woodeene at 1:48 PM No comments:

Being sick has a few, very few, advantages.  One is that I get to ponder many things for unbroken stretches of time.  Of course, that can be a disadvantage as well, when the pondering turns to worry and worry to fear and fear to depression.

That's why this poem from Haviz, the Sufi mystic, seems especially hopeful today.

“I know the voice of depression still calls to you.
I know those habits that can ruin your life
still send their invitations.
But you are with the Friend now and look
so much stronger.
You can stay that way and even bloom! …."
Haviz
Posted by Woodeene at 4:48 PM No comments:

Did I mention fever and chills?

Email ThisBlogThis!Share to TwitterShare to FacebookShare to Pinterest
Labels: flu

What I'm grateful for this Sunday:

1. St. Jude's intercession in my life. See HERE.
2. Friends who don't abandon me even when I am not the best of company.
3. A pellet stove.
4. Chocolate, a perennial grateful.
5. SKYPE so I can "see" my son now and then despite the distance between us.

As for the Prayer Scorecard:
So far this month it is:
3 Yes
13 Not answered or continued

Many of the not answered have been on the list for a L-O-N-G time, like nearly a year. I know many of them eventually have to have an answer--they aren't the kind of prayer that can just fade into an answer like asking to be more patient and one day realizing you haven't lost your temper for several weeks. Certain of these prayers have to eventually have a yes or a no.  For instance, I was robbed of a great deal of money (the trial is still pending, so I can't reveal details) and either I'm going to get the money back or I'm not. Either the thief will be found guilty and sent to prison or he won't.  At some point there has to be a clear answer, but for now, the prayer just continues to be not answered. And so I keep praying. 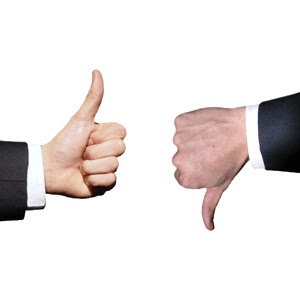 But then there are the others on the continue to pray list. The problem with them is that it's sometimes hard to decide if the answer is no or if it is still not answered.  Another for instance: since mother's death I've had panic attacks on a regular basis. I have prayed (and done the things my doctor and counselor have suggested) and yet the panic continues.  So after a year is the answer to the prayer that panic be removed "no!" (like the thorn in Paul's flesh) or is it "not yet, keep praying"?  It's hard to decide if, like the woman in the parable who kept pestering the judge, I am to keep on praying or if I am to accept the answer as a "no." I'd hate to give up when the yes may be just on the verge and yet I don't want to be blind to a "no"either.

What I've decided is that if, after a calendar year, there is no movement in any direction, then I will consider that the answer isn't "not yet," but "no."  Until this, I'll keep praying.


Maybe I need to call in St. Jude on some of these!
Posted by Woodeene at 8:00 AM No comments: